With a relatively small investment, veterans and first responders could own a business that will yield a profit even within the first few years.  They will be required to complete a seven-week business course, will be given directions on how to prepare each of the sandwiches served in the Station Food Trailer. 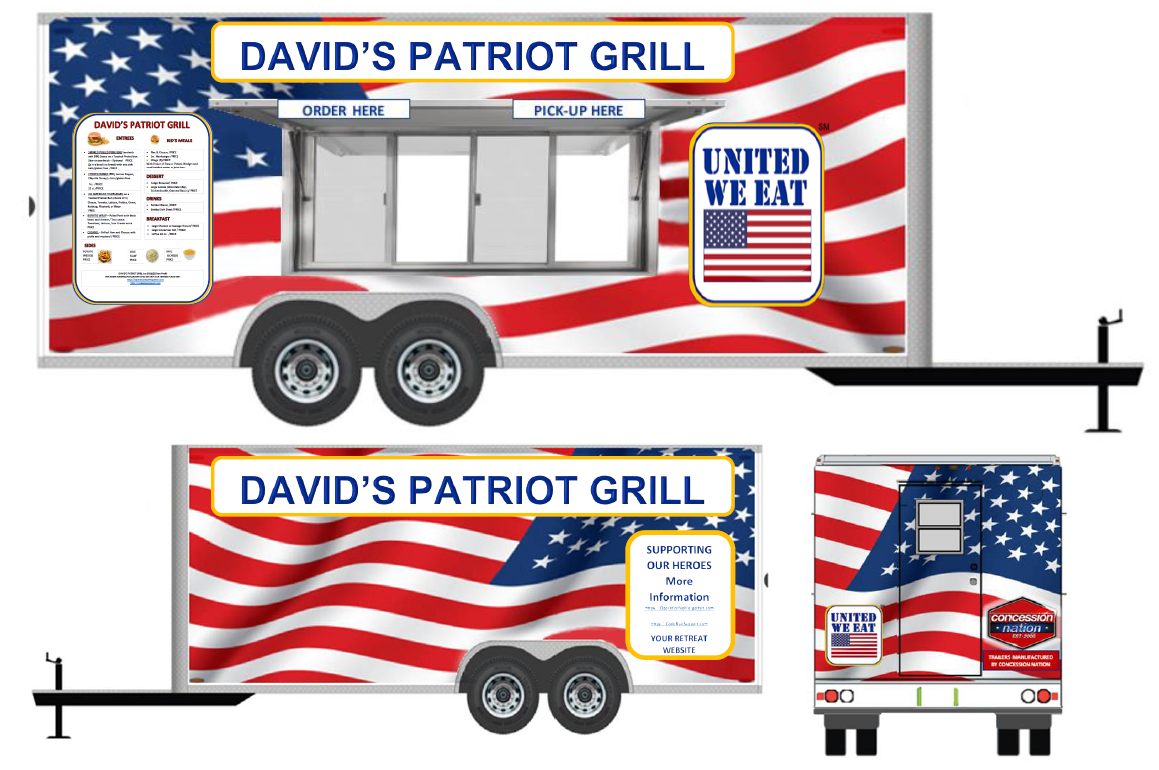 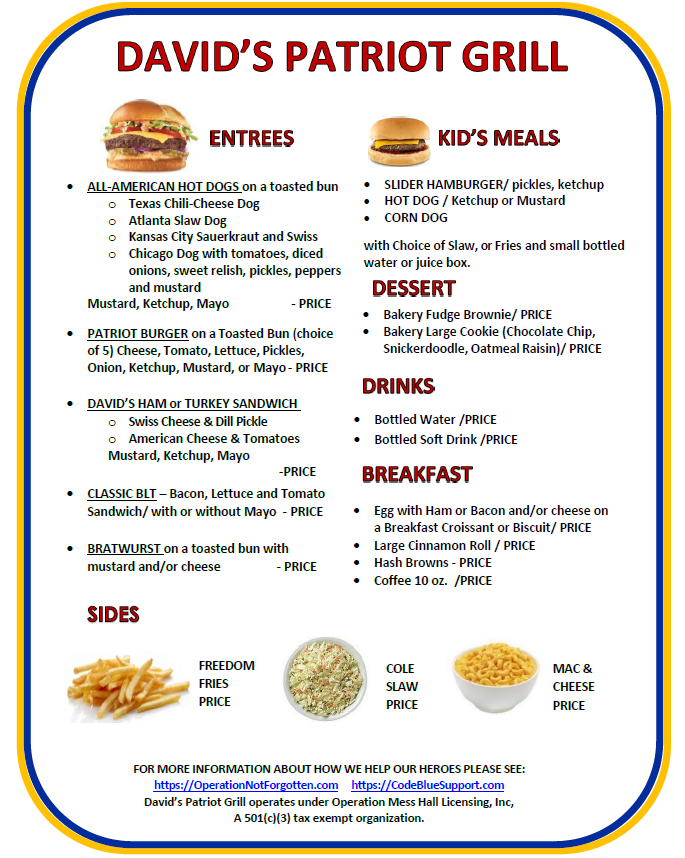 Our story began about five years ago ...

Operation Not Forgotten received a phone call from a veteran who was staying in a motel funded by a veteran organization that referred him to Steve for help. He and his dog were out of food, and he was most concerned about food for his service dog. While Operation Not Forgotten is not a food pantry, we told him we would help him find the resources he needed. Steve contacted a church in north Georgia that was hosting a Vet Life Community and asked the pastor if they had any resources, or knowledge of local food pantries. The pastor gave us a paper with resources in north Georgia that might help. There were 6-8 listings under food. One of the resources was different from the rest. Instead of ending with a pantry, or food bank, it just had the name David's/Patriot Foods.

When Steve followed up, David told him that he was a Navy Seal with serious health problems. In fact, he told Steve that he was slowly dying. David had shrapnel in his spine and the doctors were afraid to operate. He told Steve he was no longer healthy enough to operate his food resources ministry to veterans but had turned it over to a friend of his. He said to come back the next day and he would have some food to offer the veteran in need.

Steve picked up the food the next day and went to deliver the food. After that, Steve went back to David's house and they spent several hours talking. It was David (who had training at a culinary school) who first suggested to Steve that a food truck could hel 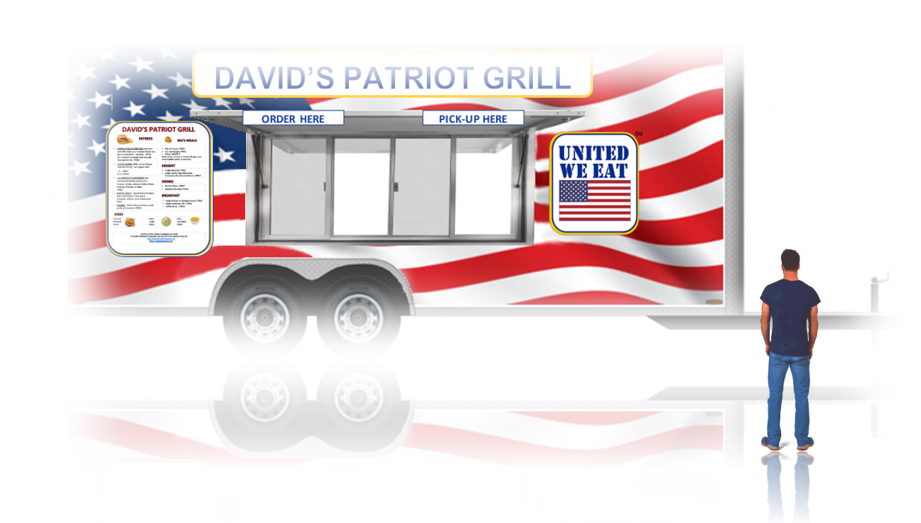 p fund our ministry to veterans and their families.

David, Steve and others began to meet regularly to make plans to start the truck. After one particularly productive meeting, David raised his glass and said, "United We Eat!" Then we came up with the idea of a licensing company that would help a lot of veterans own a business.

We wanted the name to have a personal touch, and we wanted a patriotic motif since it will fund veterans (and first responders). As we reminisced about how the whole truck adventure began, we remembered David and his contributions. We first met David at his non-profit, David’s Patriot Foods, when we were looking for food for a veteran in need. David was the one who originally gave us the idea, so we wanted to name our trailer David's Patriot Grill. We wanted to honor David's service, sacrifice, and contribution to helping us rescue families and save lives.

Unless otherwise permitted by Licensor, Licensee will offer and sell only Products and other related products previously authorized by Licensor, only within the Territory and from its mobile trailer, and only in accordance with the requirements of the  License Agreement and the procedures set forth in the Procedure  Manuals.   Licensee shall comply, at Licensee'sexpense, with all federal, state, and local laws, codes, and regulations and will obtain all licenses, permits, and certifications required for the operation of the Operation Mess Hall Food Trailer Licensee in their territory.